Brant Phillips Show 15: Hope is Not a Strategy 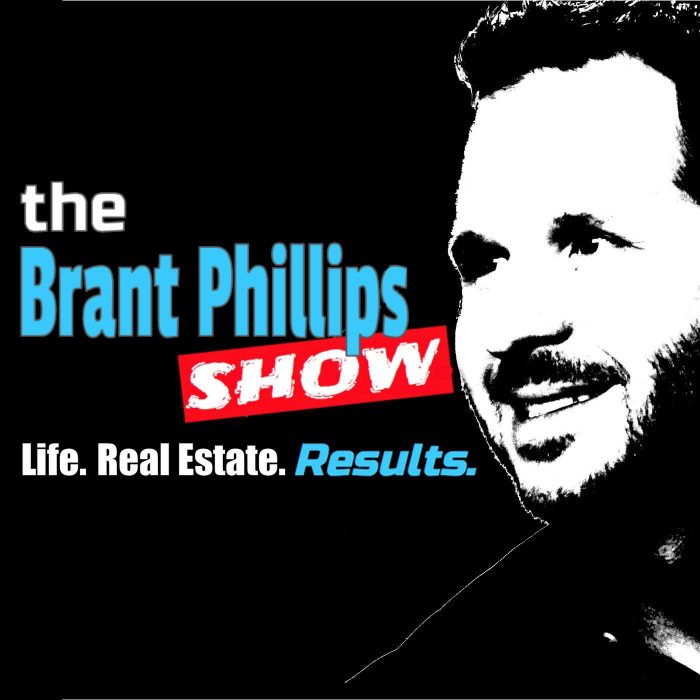 17 Apr Brant Phillips Show 15: Hope is Not a Strategy

Welcome everybody to the Brant Phillips Show. Yes, I am Brant Phillips. This is the show dedicated to one thing: results. Helping you create results in your life and in your business. Today, I’m going to start out with a little story. When I first got into real estate, when I first became an entrepreneur in 2007, I was a networking fool. I used to go to so many networking events, boot camps, real estate networking events, workshops, you name it and I was there. Like every week, I was grinding, I was hustling. I was just gaining as much information and insight as I could. I was meeting with people, seeing what other people were doing, trying to learn from other entrepreneurs, other businesses, whatever it took.

During my first year, first two years in real estate, like I said, I was just hustling, I was grinding and I got to meet a lot of people. As I was going to these networking events, I saw a lot of the same faces. I saw a lot of the same people over and over again. Some of them I would develop friendships with, some I’d do business with. Actually surprisingly, there’s a lot of people that I still do business with today that I met 10 years ago. If I don’t do business with them, we’re still friends, we connect and talk shop and just hang out or whatever. That’s one of the reasons why networking is so important.

My story is this, as I was going to all these events, I would see a lot of familiar faces and people that I may know their faces, I may know their names and we talk, we connect but I didn’t have a really deep relationship with but I would see them. I remember this one lady from my very first year of getting started. I’ve seen her at a lot of different events and things like that. You fast forward, a couple of years later and I started putting on my own events. Me and a buddy of mine began running our own live events. We did these events, we didn’t really know what we were doing. We’re like, “Let’s just go have some fun. Let’s teach some real estate. Let’s go have fun with this.”

My idea was like, “Let’s create a group flip. Let’s do a flip project with people who attend our event and let’s just”, we drew names out of a hat. There was no upsale or charge or anything. We’re like, “All right.” We had like 50 people that attended this event. We’re like, “We’re going to pick three people”, I think it was, maybe even four or five, I think it was like five people. “We’re going to pick names out of a hat basically from everyone who attends this event and you guys are going to get to be a part of this group flip. You’re going to be compensated.” We paid them a little spiff or whatever just for getting picked. They didn’t have to buy anything. Just, they paid to come to the event a couple of hundred bucks.

We picked like four or five people and we let them come to this flip project and see how we found the deal, how we did set up our marketing, how we purchased the deal, how we financed it with private money, the rehab process, etcetera, etcetera. In the end of the day I think we paid them like a thousand bucks, fifteen hundred bucks or something like that. It was a percentage. I think we paid like, divided up like 15 or 20% of the profit, which I thought was really generous because they didn’t do anything except show up to the event and get their name drawn out of a hat.

Here’s my lesson for today. My lesson today is that hope is not a strategy. Hope is not a strategy because see, during this group flip process, we would occasionally meet with the group. I got to know her. I was like, “Hey, I’ve seen you around for the last couple of years. How’s your business doing? How many deals have you done?” That was the very first deal that she had taken part of.

She was going to so many networking events. I saw her over and over and over again. At the same period of time, when I started from not knowing a damn thing about real estate, or business, or financing, or rehabbing, or any of this stuff, during the same amount of time, she had done zero deals and I had done 30 or 40 deals, probably 40 to 50 deals at that point in time now that I’m thinking about it. Had created a completely separate construction company, entering into a coaching and event company that I was starting, and had 30 or 40 rental properties that I owned etcetera, etcetera, and really was because I was taking action. This isn’t for me to brag or boast but really to really have you look and consider the things that you’re doing. Like what is your strategy?

I’m going to pick on my friend a little bit more here from the story because I think her strategy really up to that point was primarily based on hope. Hoping, wishing, watching and waiting. Hoping for a miracle, perhaps a group flip where she could be an innocent bystander and hope that some magic was going to happen in her business. We all know that’s not the case. That’s what today’s show is about. This podcast is about the doing. The taking action and less hoping, because just like the title of this podcast, hope is not a strategy. Hope is not a strategy for success. We all know that.

Now I know and I acknowledge that having hope and having a dream and having a mission is incredibly important. If we’re going to apply the 80/20 rule here, which we’re going to do, the dreaming, the hoping portion is like the 20%. The action is the 80% if not more. The 80/20 rule here is more like the 90/10. Like 90% of what you’re doing to create results needs to be focused on taking action to where your 10% is like, “All right. I’m going to spend a little bit of time here. You’re going to vision board and you’re going to dream. You’re going to take the time to do that. It is important. That hoping, and that dreaming and that wishing can’t be your primary strategy or you will never create results.

Today, my encouragement is for you to be a doer. Do what? Just begin taking action. Action that’s going to lead to results. Don’t overthink this. For those of you who are seeking to build an investment business, a real estate investment business, don’t overthink this. Focus on marketing, focus on raising capital, focus on building your team, your team of contractors, lenders, insurance agents, attorneys, etcetera, etcetera. That’s just conversations. That’s common sense and good judgment. I’ll tell you this, if you’re really ready, I’ll say that if you’re really ready to begin creating results, then I think the old axiom, “When the student is ready the teacher will appear”, and if the action steps aren’t appearing to you and if the teacher, the “Teacher” or those action steps are not appearing to you, my friend, perhaps you’re just not ready.

Hey, this is Brant. I hope you’re enjoying today’s show. If you’re in a place in your life or your business where you just feel stuck or you just don’t know what actions to take to help you get unstuck or on to the path to creating the results you truly desire, please take a few minutes and go to my website, brantphillips.com. There are some really valuable resources and information that may be able to help you out. If you’re interested in really speeding up results with the help of a coach or mentor and adding true accountability and guidance to your life and business, please reach out to me from my website as well at brantphillips.com or going directly to www.brantphillips.com/coaching. Now, let’s get back to the show.

Maybe you’re just not ready because I’ll tell you, when you commit, I’ve never seen someone who’s committed like I’m 100% committed to creating success. I’m 100% committed to making this work. I’ve never seen someone with true commitment not figure out what to do. There may be some uncertainty in the beginning but they grind and they hustle, and they network and they talk to people and they seek out mentors and read books and they find the action steps. That’s what you need to focus on.

As my years as a real estate investor and just as an entrepreneur, it’s like there really are, if we’re going to categorize people, there’s people hoping for change, wishing, watching, waiting, hoping, whatever. Then there’s the doers that just go out and create change. Unfortunately, I know there’s a lot of hopers that may be listening to this or a lot of hopers that are on my email list and they’re watching videos and downloading stuff and maybe participate in a group flip or go to a seminar but they don’t really create the action or take the action to create traction. I like that. I like that. They don’t take the action that creates traction in their business. Then there’s the doers, like the people who see the value, listen to the message, they soak it up and then they just go out and do the work. They watch. They listen for what to do. Some of that you’re gaining in this podcast right now and then they go out and just take immediate action right now.

I want to encourage you to be a doer. The doers are the ones that get paid. The doers are the ones that are able to take the vacations, to leave their jobs, to be able to give more and simply just have peace, joy, fulfilment in what they’re doing and having control over their time and over their finances. Even when things aren’t going right, this ability, the skillset just is to take action and find the way, is the strategy for success. Hope is not a strategy. Hope is not a strategy. The fact that you’re listening to this show right now may mean that you’re more of a doer more than a hoper. I hope that’s the truth.

Do me a favor. Everyone listening to this show, do me a favor. Just do more doing. Go out and take action and create the life, and the business, and the legacy that you hope for. Create what it is that you’re hoping for. Don’t just sit and hope for a hope to come true. I can’t promise it won’t be challenging, because it certainly will. If it’s anything worth having, it’s going to be difficult but you’ll be better for it in the end. I guarantee you it will be so worth it my friends whenever you go out and create what it is that you desire to create. That’s it my friends. Stop hoping, begin taking action in your life and in your business. Once again, thank you for listening to the show my friends. I look forward to helping you create results in your life and in your business.